Echocall Crossing is an location in Tyranny.

Immediately after you arrive, take a left and go to the very edge of the map. If your subterfuge is high enough, you will spot a Sigil of Atrophy (Core). When you first arrive you will shortly come upon Antio and Bitter Quip arguing about what the defeat of the Disfavored forces on the bridge. The Athletics check here will grant you xp and wrath from the Scarlet Chorus, but continued strikes will grant you loyalty from Verse, and Fear and Loyalty from Barik. The Subterfuge check can net you some xp as well, and has no reprecussion, so it's worth doing just for that.

After speaking with them, explore the area. There is some loot near the house up above Antio. Verse will detect a hidden crate that contains a nice bow for her there. Once finished head up and right of the house carefully, disarming the traps, and then defeating the enemies here.

Head onto the bridge and speak with Matani Sybil after the drawbridge has been raised. If you pass the Lore (32) check you will gain some favor with Vendrien Guard and 33xp. Once you've finished conversing, head back to Antio and Bitter Quip. Pick which to praise for some favor and wrath or pick the neutral answer for neither. The head up and left and cross the river on the rope if you have (29) Athletics.

After crossing the bridge, help the Scarlet Fury and defeat the enemies here for some decent loot. Head right and speak with Matani Sybil again. There is an Athletics (32) check here that will grant xp and cause one soldier to flee, making the battle here easier. Defeat the Vendrien Guard and lower the drawbridge. Be sure to loot everything nearby. The bin next to the lever contains a clue to the missing iron for the Forge-Bound Iron quest. 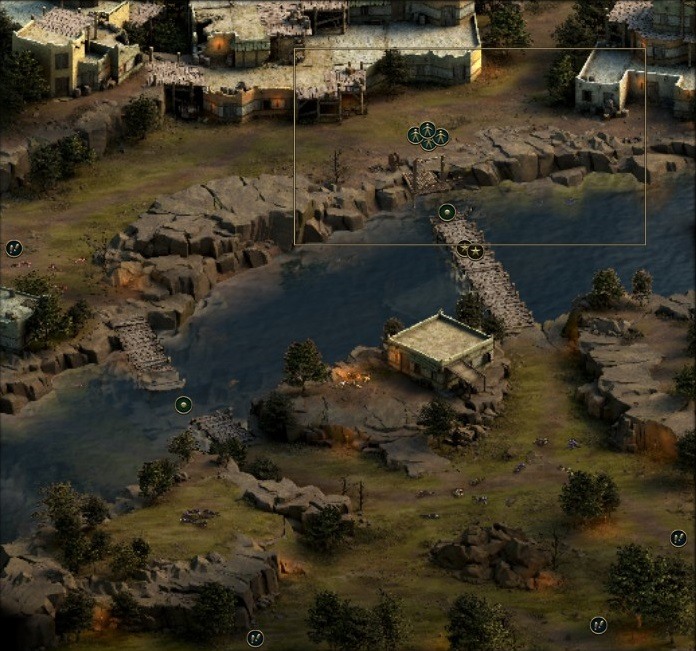