Ascension Hall is an location in Tyranny. 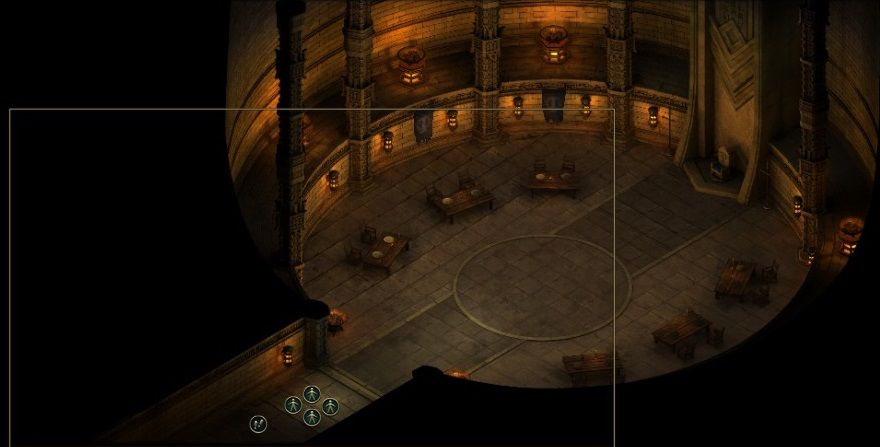 After the battle with Tarkis Arri, depending on which side you chose to lead the forces either Fifth Eye or Iron Marshal Erenyos will arrive. You can gain or lose favor with your chosen allies depending on what you say OR you can betray your alliance. If you don't betray the alliance you will gain favor with both the Scarlet Chorus and Disfavored and lose favor with the Vendrien Guard. After declaring the Edict finished you will instantly be ported to the Mountain Spire.